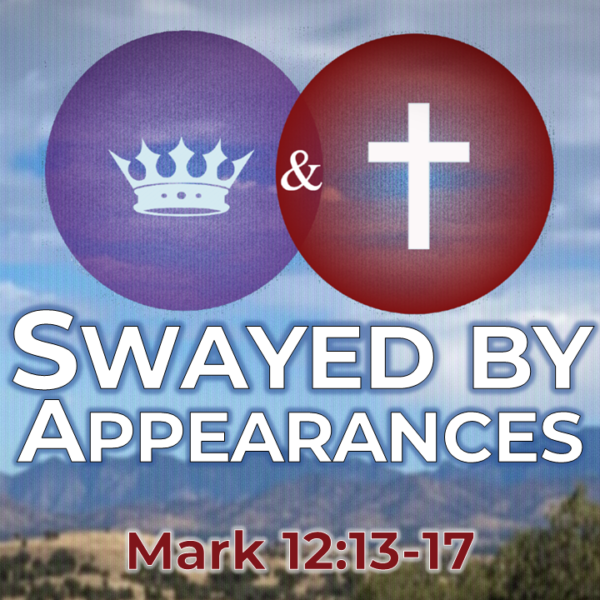 When two polar opposites come together its either a miracle of peaceful negotiation or a time to really worry about their motives.

Imagine the far left and the far right in New York or Washington working together against a perceived common enemy. After the 9-11 attacks, the war on terrorism seemed to bring them together but only for a short time.

In Jesus’ day, the Pharisees represented nationalistic, narrow, conservative Judaism while a group called the Herodians had sold out to Rome and were seen as liberal and more ecumenical when it came to religion. They were like today’s right-wingers and left-wingers and they had a common enemy – Jesus. The Pharisees saw Jesus as a threat to their religious positions and power. The Herodians saw Jesus as a political threat who might be crowned as King and Messiah usurping their claim on the throne.

The powerful Sanhedrin, a Jewish council of 71 men made up of  priests, pharisees, and other religious leaders, begins a three prong attack on Jesus sending a different group each time with loaded questions, hoping to discredit Jesus and cause the crowds to lose faith in him.

v. 13-14 They came with flattering praise for Jesus but even though their words were insincere, they were absolutely true.

We know you are true. You speak the truth. You don’t water down God’s call to holiness and purity.

You don’t care about anyone’s opinions. You are unafraid of offending people with God’s message of repentance. You don’t hide anything.

You are not swayed by appearances. You are not running a campaign worried about losing voters or donors. You are a man of integrity – Jesus acted honestly and justly regardless of the consequences. He was not trying to look good for the crowd. The only one he cared about pleasing was His heavenly Father.

You truly teach the way of God. Rather than man’s religious traditions and extra rules, Jesus tells people how to know God, how to be right with God, and how to live according to God’s standards.

All of these statements were completely accurate and told exactly who Jesus is and how he presented himself.

But they really wanted to trap him. Each group – the Pharisees and the Herodians had a different take on Roman taxation.

So they asked Jesus Is it lawful to pay taxes to Caesar or not? Should we pay them or should we not. The really thought they had him this time.

Since the coins bear Caesar’s image, then they belong to Caesar. But humanity, which bears God’s image, belongs to God.

By this reply Jesus acknowledges the legitimacy of human government. A theocracy is not the only valid form of government. To be loyal to God does not necessarily demand civil disobedience.

Jesus’ response also distanced him from all forms of political anarchy.  In his day, the Zealots believed that the overthrow of the Roman government was the will of God. On the other hand, Jesus’ answer cannot be construed to mean that God and government are two separate and exclusive entities independent of one another. God is sovereign over all human affairs and activities, including political matters.

v. 17 ends with “They marveled at him.” Luke 20:26And they were not able in the presence of the people to catch him in what he said, but marveling at his answer they became silent. Jesus silenced them again. They were afraid to speak or answer him.

The commands and principles of God’s Word don’t only apply to how we treat other Christians. We are called to be light and salt in the world, sharing the Gospel and helping the whole world see the glory of God.

learn to do good; seek justice, correct oppression; bring justice to the fatherless, plead the widow’s cause.

Daniel Webster said, “Whatever makes men good Christians makes them good citizens.” Our constitution and most of our laws were written with the assumption that people believed in God, understood sin, right and wrong.

We really can’t think about political and civic duties or obligations without considering our faith. According to 1 Corinthians 10:31 everything we do should be done in a way that glorifies God.

“So, whether you eat or drink, or whatever you do, do all to the glory of God.”

Because Caesar’s image was on the coin, it belonged to him and could be returned to him. If you look at our paper money or coins they don’t have the current president, but they all remind us that we are in the United States of America. Our taxes are owed to the local, state, and federal government because they provide things like national protection, roads, schools, court systems and more. While individually you may not agree with everything that is going on, we are obligated to pay taxes.

But certain things are not owed to any government but to God: our souls, our worship, our honor and praise.

The Apostles Paul and Peter writing to early Christians under very oppressive Roman governments told them to pay their taxes. To respect and pray for those in government. To be submissive to the rulers and authorities over you. To be subject to or obey those governing authorities because they were instituted by God and God has allowed them to be in power.

The goal is to lead a peaceful and quiet life as a follower of Jesus Christ.

The one caveat or warning in Acts 5:29 is that when man’s laws are at odds with God’s Word then we are to obey God rather than man.

This is a clear principle, but it is not always clear when laws contradict God’s Word. Like during the initial Covid pandemic when all public gatherings were prohibited. We found another way of gathering on-line for a period of time. We didn’t stop meeting altogether we just did it in a different way for a time. If there was a blizzard and all roads were closed, we would do the same thing.

Believe it or not, two thousand years ago the culture was dominated by sharp divisions just like today. Jesus announced a clearly inclusive principle: whatever bears God’s image belongs to God.

This would have been a particularly troublesome idea for the Pharisees, who were obsessed with keeping the Promised Land holy. The basic meaning of holiness is belonging to God, and their passion for it was evident in the countless things they did to keep themselves, their temple and their land pure and undefiled.

The Jesus we meet in this Gospel, however, defined holiness in terms that come from the creation of the world. For him holiness was not fundamentally a matter of personal, ethnic or cultic purity. It was essentially a commitment to extend the rule of God to everyone and everything that belongs to God because we were created in the image of God.

Since we are created in the image of God (see Gen. 1:26) and bear his name as children of God, we owe him our whole selves.

Have you recognized and accepted your personal responsibility to the God who created you? He calls you to holiness and obedience. He bought you at the cost of His Son’s life when Jesus paid for your sins on the cross. Jesus called people to repent of their sins and follow Him. If you have never taken that step of faith, won’t you do that today? Come talk to me after the service.

Are you swayed by appearances? Someone who is worried about how they look all the time or judging others just by their outward looks. Jesus gave us the example of loving the person inside instead of getting caught up in or swayed by appearances alone. Followers of Jesus should not be prejudiced or hateful of others based on their appearance or background.

If you are already a follower of Jesus, have you given Him your whole life? Your life bears God’s image, so we belong to Him – body and spirit – everything! Are there parts of your life that you are still holding on to? Areas where you are not obeying God? Your relationships, your friends, your finances, your entertainment, your career goals, your family? As we have been learning in Jake’s class – anything that we are willing to sin to get or to hold on to is an idol, taking God’s rightful place in our hearts.

Do you pray for, respect, submit to, obey our government? Are you paying your taxes honestly? Complying with regulations? Obeying speed limits? Even if you don’t agree? While we think it’s so difficult today, imagine yourself a hunted Christian in the early church or in a closed country today where it is illegal to worship Jesus Christ.

Is Jesus truly Lord of your life? Is He Lord of All?

Pinterest
Manage Cookie Consent
To provide the best experiences, we use technologies like cookies to store and/or access device information. Consenting to these technologies will allow us to process data such as browsing behavior or unique IDs on this site. Not consenting or withdrawing consent, may adversely affect certain features and functions.
Manage options Manage services Manage vendors Read more about these purposes
View preferences
{title} {title} {title}