Home  ›  What We Believe 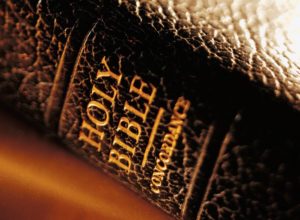 God’s Written Word
We believe in the historic authority and sufficiency of the Holy Bible, consisting of the sixty-six books of the Old and New Testaments, as originally written; that it was verbally and plenarily inspired and is the product of Spirit-controlled men, and therefore is infallible and inerrant in all matters of which it speaks. We believe the Bible to be the true center of Christian unity and the supreme standard by which all human conduct, creed and opinions shall be tried.

The True God
We believe there is one and only one living and true God, an infinite and intelligent Spirit, the Maker and supreme Ruler of Heaven and earth; inexpressibly glorious in holiness, and worthy of all possible honor, confidence and love; that in the unity of the Godhead there are three persons, the Father, the Son and the Holy Spirit, equal in every divine perfection but executing distinct but harmonious offices in the great work of redemption.

God The Father
God is a person, one of the three persons of the Godhead. The Father is the unseen, omnipresent Source of all being, revealed in and by the Son, experienced in and by the Holy Spirit. It is God the Father who was made known to man through the words of Christ; it was God’s will that Christ was determined to carry out in his earthly life; and it is at God the Father’s right hand where Jesus now sits pleading for the saints. It was God the Father who orchestrated the means of atonement for the sins of humankind in the sacrifice of his Son, Jesus, on the cross at Calvary. God is present everywhere and yet completely unstained by the sin of the world. He is the First Cause of all things, and the Thought behind creation.

God The Son
We believe in the deity of our Lord Jesus Christ as the Son of God and God the Son. We believe in the Virgin Birth of Christ; that He was conceived by the Holy Spirit and therefore God manifest in the flesh. We believe that on the human side, Jesus became and remained a perfect man, sinless throughout His life. At the same time, He retained His absolute deity being fully God.

God The Holy Spirit
We believe that the Holy Spirit is a divine person, equal with God the Father and God the Son and of the same nature; that He was active in the creation; that in His relation to the unbelieving world He restrains the evil one until God’s purpose is fulfilled; that He convicts of sin, of righteousness and of judgment; that He bears witness to the truth of the gospel in preaching and testimony; that He is the Agent in the new birth; that He seals, endues, guides, teaches, witnesses, sanctifies and helps the believer. We believe that the sign/revelatory gifts of the Holy Spirit have fulfilled their purpose and are not applicable to the work of the Holy Spirit today.

Creation
We believe the Biblical account of the creation of the physical universe, angels, and man; that this account is neither allegory nor myth, but a literal, historical account of the direct, immediate creative acts of God without any evolutionary process; that man was created by a direct work of God and not from previously existing forms of life; and that all men are descended from the historical Adam and Eve, first parents of the entire human race.

The Fall of Man
We believe that man was created in innocence (in the image and likeness of God) under the law of his Maker, but by voluntary transgression Adam fell from his sinless and happy state, and all men sinned in him, in consequence of which all men are totally depraved, are partakers of Adam’s fallen nature, and are sinners by nature and by conduct, and therefore are under just condemnation without defense or excuse.

The Virgin Birth
We believe that Jesus was begotten of the Holy Spirit in a miraculous manner, born of Mary, a virgin, as no other man was ever born or can be born of woman, and that He is both the Son of God and God, the Son.

Salvation
We believe that the salvation of sinners is divinely initiated and wholly of grace through the mediatorial offices of Jesus Christ, the Son of God, Who, by the appointment of the Father, voluntarily took upon Himself our nature, yet without sin, and honored the divine law by His personal obedience, thus qualifying Himself to be our Savior; that by the shedding of His blood in His death He fully satisfied the just demands of a holy and righteous God regarding sin; that His sacrifice consisted not in setting us an example by His death as a martyr, but was a voluntary substitution of Himself in the sinner’s place, the Just dying for the unjust, Christ the Lord bearing our sins in His own body on the tree; that having risen from the dead He is now enthroned in Heaven, and uniting in His wonderful person the tenderest sympathies with divine perfection, He is in every way qualified to be a suitable, compassionate and an all-sufficient Savior.

We believe that repentance of sin and faith in the Lord Jesus Christ are the only conditions of salvation. Repentance, as a result of godly sorrow, is a change of mind and purpose toward God prompted by the Holy Spirit and is an integral part of saving faith.

Resurrection and the Priesthood of Christ
We believe in the bodily resurrection of Christ and in His ascension into Heaven, where He now sits at the right hand of the Father as our High Priest interceding for us.

Grace and New Birth
We believe that in order to be saved, sinners must be born again; that the new birth is a new creation in Christ Jesus; that it is instantaneous and not a process; that in the new birth the one dead in trespasses and in sins is made a partaker of the divine nature and receives eternal life, the free gift of God; that the new creation is brought about by our sovereign God in a manner above our comprehension, solely by the power of the Holy Spirit in connection with divine truth, so as to secure our voluntary obedience to the gospel; that its proper evidence appears in the holy fruits of repentance, faith and newness of life.

Justification
We believe that justification is that judicial act of God whereby He declares the believer righteous upon the basis of the imputed righteousness of Christ; that it is bestowed, not in consideration of any work of righteousness which we have done, but solely through faith in the Redeemer’s shed blood.

Sanctification
We believe that sanctification is the divine setting apart of the believer unto God accomplished in a threefold manner; first, an eternal act of God, based upon redemption in Christ, establishing the believer in a position of holiness at the moment he trusts the Savior; second, a continuing process in the saint as the Holy Spirit applies the Word of God to the life; third, the final accomplishment of this process at the Lord’s return.

Eternal Security of the Believer
We believe that all who are truly born again are kept by God the Father for Jesus Christ.

The Church
We believe that First Baptist Church is an organized congregation of believers who have been baptized by immersion, associated by covenant of faith and fellowship of the gospel; observing the ordinances of Christ; governed by His laws; and exercising the gifts, rights and privileges invested in us by His Word; that our officers are pastors and deacons, whose qualifications, claims and duties are clearly defined in the Scriptures. We believe the true mission of the church is the faithful witnessing of Christ to all men as we have opportunity. We hold that our church has the absolute right of self-government free from the interference of any hierarchy of individuals or organizations; and that the one and only Superintendent is Christ through the Holy Spirit; that it is Scriptural for true churches to cooperate with each other in contending for the faith and for the furtherance of the gospel; that our church is the sole judge of the measure and method of its cooperation; that on all matters of membership, of polity, of government, of discipline, of benevolence, the will of First Baptist Church is final.

We believe in the unity of all New Testament believers in the Church which is the Body of Christ.

We believe that Christian baptism is the immersion of a believer in water to show forth in a solemn and beautiful emblem our faith in the crucified, buried and risen Savior, with its effect in our death to sin and resurrection to a new life; that it is a prerequisite to the privilege of church membership.

We believe that the Lord’s Supper is the commemoration of His death until He come and should be preceded always by self-examination.

Separation
We believe in obedience to the Biblical commands to separate ourselves unto God from worldliness and ecclesiastical apostasy.

Civil Government
We believe that civil government is of divine appointment for the interests and good order of human society; that magistrates are to be prayed for, conscientiously honored, and obeyed; except in those things opposed to the will of our Lord Jesus Christ who is the only Lord of the conscience, and the coming King of kings.

Israel
We believe that God has made many promises to Israel, some of which have already been fulfilled, that God has promised that salvation would come to Israel, that, even though they have rebelled against Him, He still loves them with an everlasting love.

We believe that, in His current building of the Church, He deals with Israel as individuals to bring them to Christ and that He will deal more fully with the Jewish people as a nation to fulfill the literal promises to Israel regarding its land and spiritual life.

Rapture and Subsequent Events
We believe in the pre-tribulational return of Christ, an event which can occur at any moment, and that at that moment the dead in Christ shall be raised in glorified bodies, and the living in Christ shall be given glorified bodies without tasting death, and all shall be caught up to meet the Lord in the air before the seven years of the Tribulation.

We believe that the Tribulation, which follows the Rapture of the Church, will be culminated by the revelation of Christ in power and great glory to sit upon the throne of David and to establish the millennial kingdom.

Signs and Gifts
We believe that some gifts of the Holy Spirit such as speaking in languages and miraculous healing were given to be used as signs to authenticate the message of the first century church; that the sign gifts were concluded with the completion of the canon of Scripture; that speaking in languages was never the common or necessary sign of the baptism nor of the filling of the Spirit; that in accordance with the sovereign will of God, healing is available through the prayer of believers.

We believe that other non-sign gifts were given to the church and that through the exercise of these gifts in the church, believers who learn to apply the truth of Scripture to their lives will mature spiritually. We further believe that ecstatic experiences do not contribute to one’s spiritual maturity and would promote disunity among this particular Body of believers.