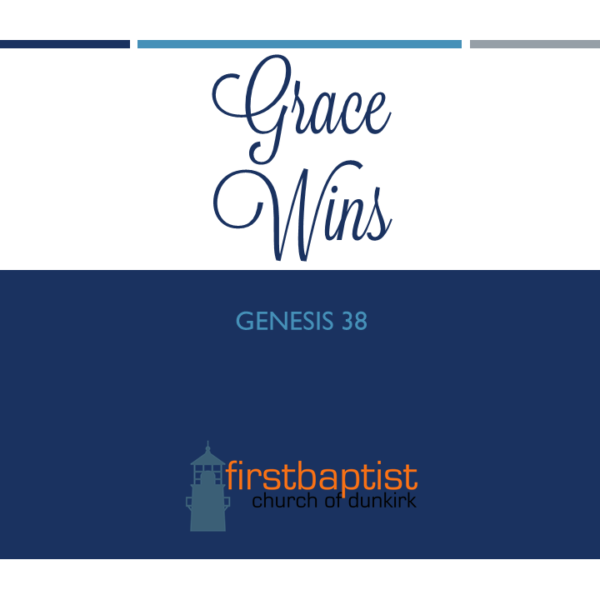 Judah failed to marry someone from his tribe and he did the same in choosing Tamar for his son to marry. He failed to honor the commitment to marry his third son Shelah to Tamar. His family line would have ended. Tamar deceived Judah and he slept with her thinking she was a prostitute. He was ready to have her killed when he heard she was pregnant.

And yet, God’s grace ruled over all and defied these human failures and schemes. He used weak, broken people to accomplish His great redemption plan.

God gives grace to the humble.

Have you humbled yourself and recognized your sinfulness and your inability to meet God’s righteous standard?

God gives grace to the humble. James 4:6 Submit yourself to God.

If you have never trusted Jesus Christ as your Savior, your Redeemer, come talk to me after the service.

Matthew 1:3 –Tamar, Rahab, Ruth only three women are mentioned. All were gentiles and two acted immorally. Rahab was a prostitute and Tamar acted like a prostitute. In the end, God’s plans were never deterred. Perez was in the messianic line, not the Zerah.

Our response is living for God and serving.

Titus 2:11-14    God’s grace appeared bring salvation to all who believe in Jesus Christ as Savior. By His grace He forgives us, but through His grace and His word we are trained to renounce living sinful lives and live zealous for Him and to serve Him.