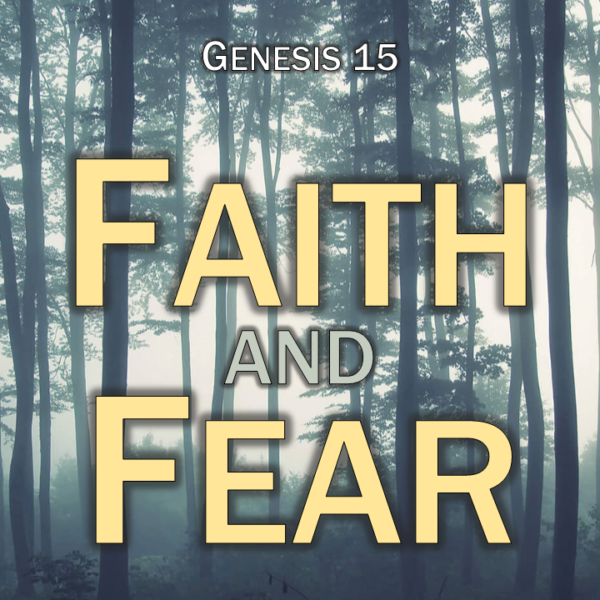 As we saw before in the lives of many people of faith, a time of triumph is often followed by trials, doubt, and fear. After Abraham’s great success in rescuing Lot and defeating the armies of the north, Abraham questioned God and was afraid for his safety, his family, and his property. Let’s see how God responded to his fears.

Abraham was afraid of his possible enemies.

God said “Don’t be afraid, I am your shield and your reward will be very great.” Gen. 15:1

Abraham was afraid he would never have a son or heir. And he tried to take matters into his own hands when he thought God wasn’t acting fast enough. God was waiting for there to be virtually no chance of them having children naturally. He wanted the praise and credit to go to Himself alone. For people to see that God can provide when there seems to be no other way.

Abraham was afraid he could not possess or hold onto the land God promised him. Needed a lot of people to fill and hold onto land. God showed him visually in a stunning dream that God would keep His covenant. The land would be held by his descendants, but after years of being travelers first. God promised he would like in peace and be buried at a good old age.

Genesis 15:6 says Abraham believed God and his faith saved him.

“And he believed the Lord and He counted it to him as righteousness.” Gen. 15:6

Those who put their faith in Jesus Christ enter into the New Covenant by the sacrifice of His blood and receive eternal salvation, and eternal inheritance, and eternal glory.

Pinterest
Manage Cookie Consent
To provide the best experiences, we use technologies like cookies to store and/or access device information. Consenting to these technologies will allow us to process data such as browsing behavior or unique IDs on this site. Not consenting or withdrawing consent, may adversely affect certain features and functions.
Manage options Manage services Manage vendors Read more about these purposes
View preferences
{title} {title} {title}