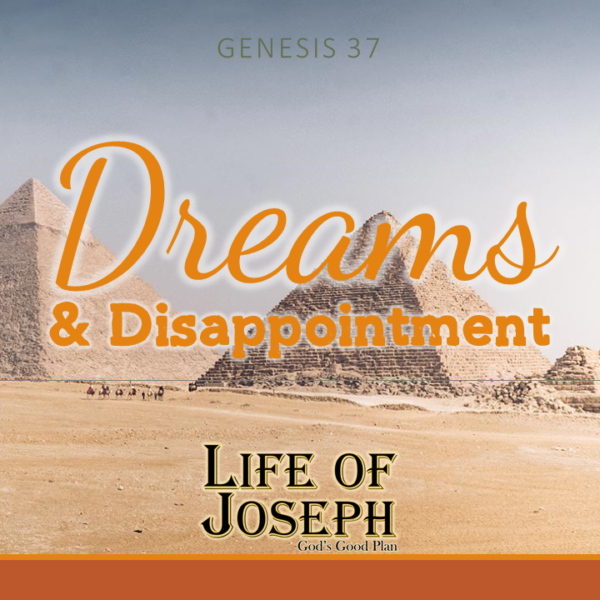 The narrative or story of Joseph, which will take up the rest of the book of Genesis, is an account of an amazing life that we can read on several different levels. First, as great literature, it is a captivating story of a doting father, a favored son, jealous and wicked step-brothers, an alluring seductress, a naïve husband, imprisonment, forgetful friends, disguises, an international crisis. It’s a rags to riches story that has been told and retold over the ages.

Secondly, at a deeper level, it’s a story filled with profound theological truths. The hand of God is evident in every scene – ruling and overruling decisions people make. In the end, God develops a hero, saves a family, provides for the surrounding nations, and creates the nation of Israel which will eventually bring blessing to the entire world.

Thirdly, for the believer, Joseph is one of the fullest illustrations or types of Jesus Christ. Like Jesus, Joseph was beloved by his father, and obedient to his will. He was hated, rejected, and sold by his own brothers. He was falsely accused and unjustly punished. Reported dead. Later he was found not dead reunited with his family. He was elevated from suffering to a powerful throne and saved his people and the nations from death.

Through all of Joseph’s life, God was sovereignly accomplishing his good plan to fulfill the covenant with Abraham, Isaac, and Jacob and to bring about His grand redemption plan to save the world.

Reading God’s Word for His voice and His message. Don’t moralize or spiritualize. In the life of Joseph we see God’s provident hand in control even though things seem to continually go wrong for Joseph. We also see God’s promises fulfilled and the covenant brought to pass, including the prominence of Judah in the tribes of Israel.

Most of all, we see God’s Redemption story played out.

God planned a way for Jacob/Israel’s family to be saved from the coming famine because Joseph was sent to Egypt. Even when we don’t know what is happening or why something happens, we can trust that God knows.

The nation of Israel will be established and grow to over a million people while living in Egypt. The line of the Messiah through Judah solidified as Jacob blessed and named Judah to be the tribe of kings and leadership.

Later, through the tribe of Judah, the Messiah, Jesus Christ would be born. Jesus, the son of God, obeyed the will of His Heavenly Father, suffered and died, paying the penalty of our sin, and offering a restored relationship with God and eternal life. Jesus made the ultimate sacrifice, laying down His own life for us.

God brings good to pass even through difficult trials for those that trust His promises and obey Him.

Our ultimate good, is to become more and more like Jesus Christ as we are transformed by the Holy Spirit through trials and growing faith. As we saw last week, our purpose in life is to worship God our creator. We can only properly worship Him, through recognizing Jesus Christ as Lord and Savior.

If you have never come to a place where you recognized your need for a Savior, confessed your sins before your Creator, and accept the gift of salvation, I welcome you to contact the church office and set up a time to meet with me (Pastor Mark).